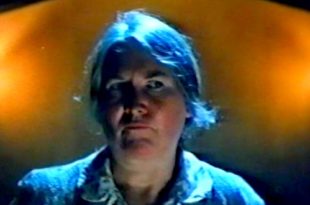 A young woman arrives at her grandmother's house, which used to be a funeral home, to help her turn the place into a bed-and-breakfast inn. After they open, however, guests begin disappearing or turning up dead.

END_OF_DOCUMENT_TOKEN_TO_BE_REPLACED 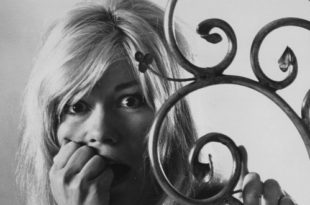 John Haloran has a fatal heart attack, but his wife Louise won't get any of the inheritance when Lady Haloran dies if John is dead. Louise goes to his Irish ancestral home, Castle Haloran, to meet the family and look for a way to ensure a cut of the loot. Seven years earlier John's sister Kathleen was drowned in the pond, and the Halorans enact a morbid ritual in remembrance.

END_OF_DOCUMENT_TOKEN_TO_BE_REPLACED 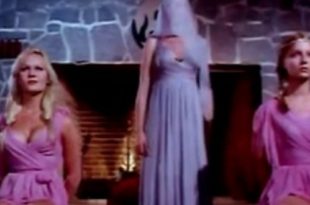 During an all-girl secret society initiation, one of the new members is killed playing Russian Roulette. Many years later the survivors are invited for a reunion to a lavish estate, which turns out to be owned by the crazed father of the girl who died.

END_OF_DOCUMENT_TOKEN_TO_BE_REPLACED

Man In The Attic 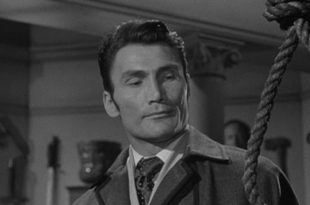 London, 1888: on the night of the third Jack the Ripper killing, soft-spoken Mr. Slade, a research pathologist, takes lodgings with the Harleys, including a gloomy attic room for "experiments." Mrs. Harley finds Slade odd and increasingly suspects the worst.

END_OF_DOCUMENT_TOKEN_TO_BE_REPLACED 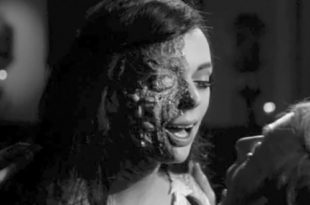 A sadistic count tortures and murders his unfaithful wife and her lover, then removes their hearts from their bodies. Years later, the count remarries and the new wife experiences nightmares and hauntings. The ghosts of the slain return to exact their bloody revenge, until their hearts are destroyed.

END_OF_DOCUMENT_TOKEN_TO_BE_REPLACED

The Satanic Rites of Dracula 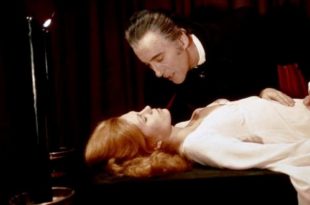 In London in the 1970s, Scotland Yard police investigators think they have uncovered a case of vampirism. They call in an expert vampire researcher named Van Helsing (a descendant of the great vampire-hunter himself, no less) to help them put a stop to these hideous crimes.

END_OF_DOCUMENT_TOKEN_TO_BE_REPLACED 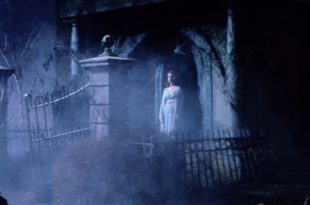 There's No Rest For The Wicked... A young officer in Napoleon's army pursues a mysterious woman to the castle of an elderly Baron.

END_OF_DOCUMENT_TOKEN_TO_BE_REPLACED 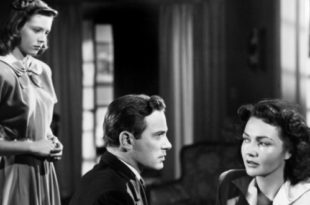 On the beach one night, Christine Faber, two years a widow, thinks she hears her late husband Paul calling out of the surf...then meets a tall dark man, Alexis, who seems to know all about such things. After more ghostly manifestations, Christine and younger sister Janet become enmeshed in the eerie artifices of Alexis; but he in turn finds himself manipulated into deeper deviltry than he had in mind...

END_OF_DOCUMENT_TOKEN_TO_BE_REPLACED

The Little Shop Of Horrors 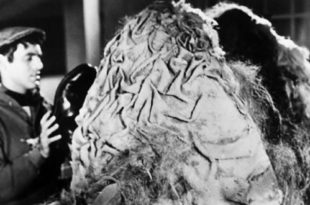 Seymour is a young man who works in a flower store. He manages to create a carnivorous plant that feeds on human flesh. Nobody knows about it, so Seymour and the plant become good "friends". The plant needs food to grow up, so it convinces him to start killing people.